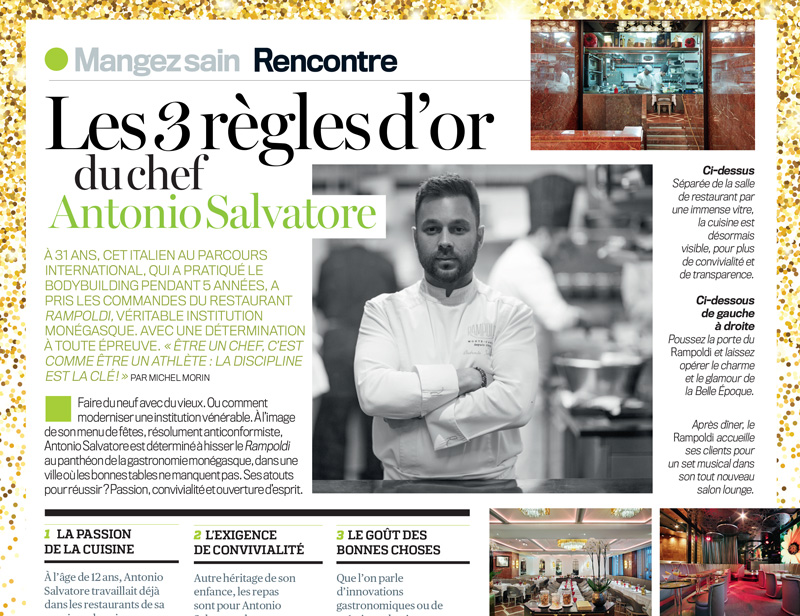 Would you like to know the secrets of our chef Antonio Salvatore to delight you in the preparation of a gourmet and health-conscious New Year’s Eve menu?
If the answer is yes, don’t miss the inviting reportage appeared in Men’s Fitness – January/February 2019 issue.
Three recipes from appetizer to dessert and the golden rules of success unveiled by the former bodybuilder who is innovating the Monegasque cuisine with his nonconformist attitude perfumed by Dolce Vita. 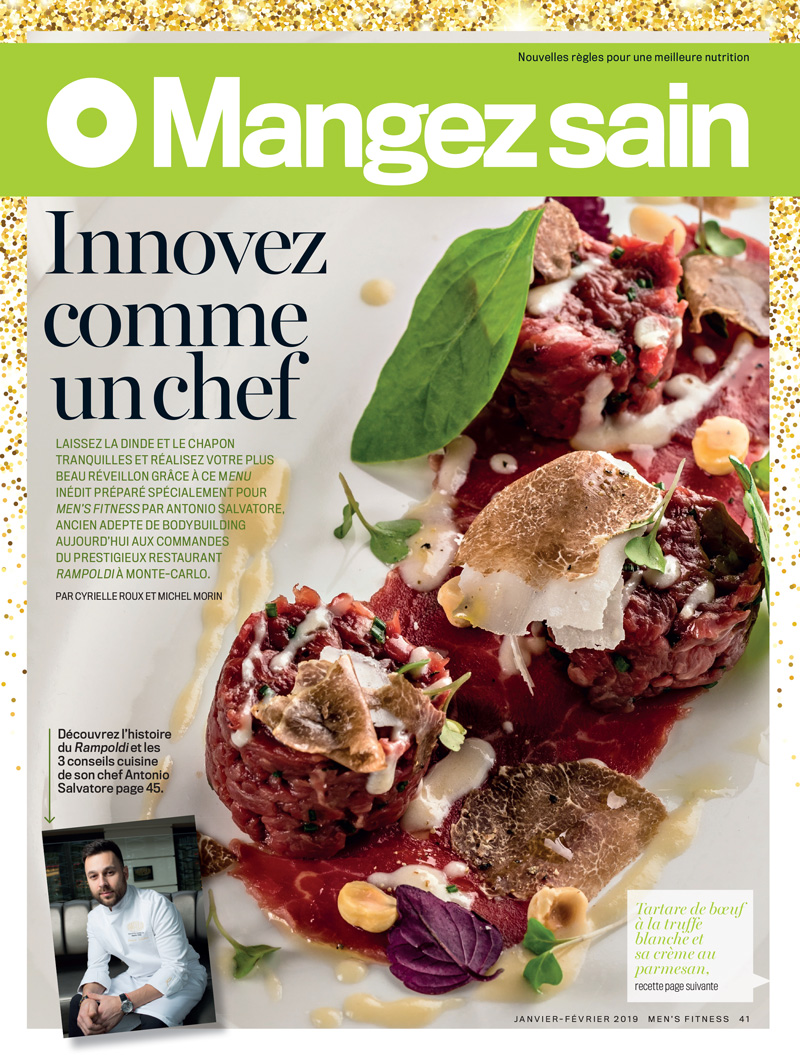 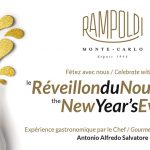 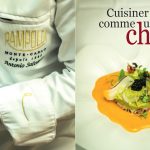 Cook like a chef: learn how with Followed Magazine article
Scroll to top