It is at the same time an honor and a great responsibility for our chef Antonio Salvatore to appear among the chef judges of the British national competition Young Chef Young Waiter 2019. The competition boasts 40 years of history, but this edition will feature a format completely renewed in the sign of dynamism and interactivity. The goal is to promote hospitality as a vocation and as a professional choice among young people (up to 26 years old and working for at least three), discover emerging talents and train them with all the skills needed to set off on a successful path. The final, set in London on October 29th, promises to be an exciting live show among the 40 finalists. Antonio Salvatore said he particularly cared about this challenge among young promises: he himself was one of the finalists at the San Pellegrino Young Chef 2016 three years ago, one of his most satisfying achievements. In previous editions, YCYW was privileged to include names such as Raymond Blanc, Heston Blumenthal, Angela Hartnett, Simon Girling and Fred Sirieix among the judges. Follow the contest on https://youngchefyoungwaiter.com/ 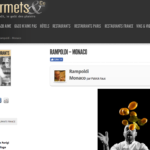 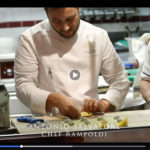